EVERYDAY I’M HUSTLING to spread the word about the epic return of Foreign Dissent.

It started with an appearance on the Mass Chatter podcast on October 5. It was a great time talking with my friend JC Carnahan.

Most recently, I talked with Peter at Scotch and “Good” Conversation this week, where we talked about Foreign Dissent 7 and I explained what has happened to my hair over the last two years. This was my second appearance on that podcast, previously being a guest in 2019 when I was promoting Foreign Dissent 6.

Next up, on Tuesday, October 18, I’ll be appearing LIVE around 11:30am ET on A Mediocre Time With Tom & Dan to discuss Foreign Dissent 7 and anything else they want to talk about. You can watch it live on Twitch, but it will also air on Real Radio 104.1 (details forthcoming) and I should have a YouTube link at some point.

DO YOU HAVE YOUR TICKETS YET? 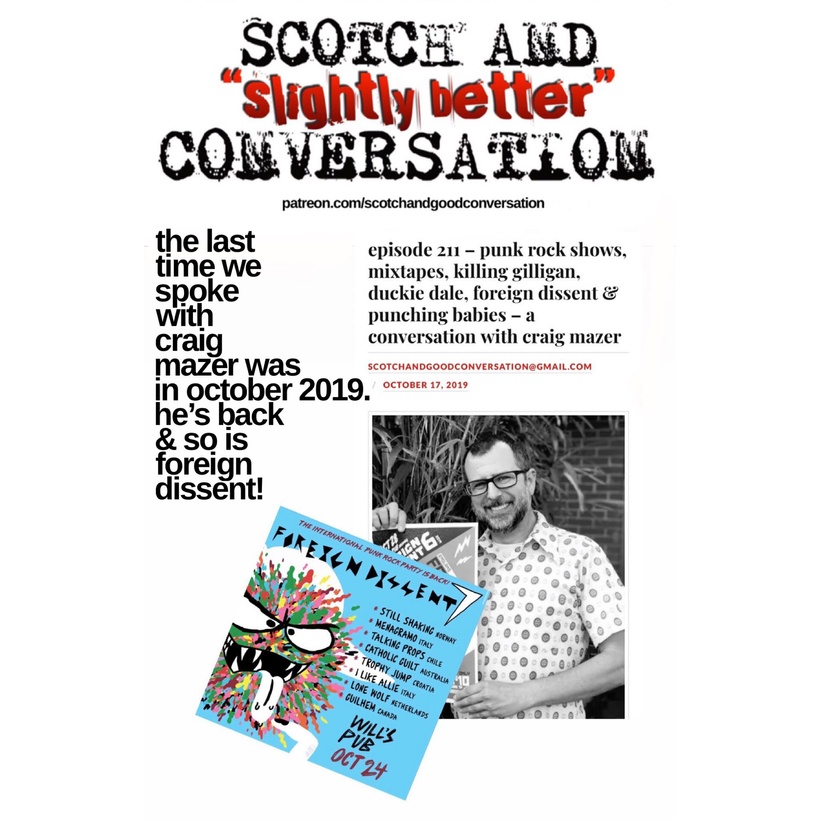